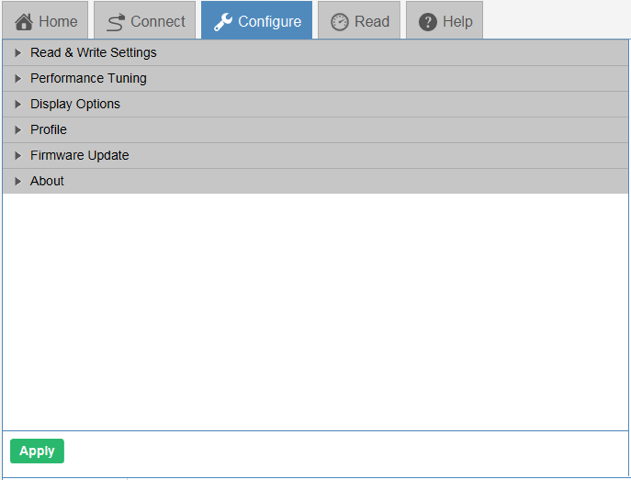 Trimble has announced an update to its ThingMagic Micro and Micro-LTE embedded UHF RFID modules in the ThingMagic Mercury 6e Series of EPC Gen 2 RFID-embedded reader modules. The firmware update is designed to allow for autonomous operation, by enabling hardware read triggers and savable configuration settings in the module. It minimizes configuration, eliminates the need for users to write and run ThingMagic's MercuryAPI development code, and simplifies the process of building RFID-enabled products, according to Trimble.

Currently, customers using the Micro and Micro-LTE modules in their existing RFID products need to use the MercuryAPI (which supports Java, .NET and C programming environments) to write applications to control the module. The MercuryAPI Software Development Kit (SDK) contains sample applications and source code to help developers get started. With the firmware update, users can now save configuration settings, such as RF power, duty cycle, read triggers and which antennas to search on. This, Trimble reports, allows individuals who have not previously used ThingMagic modules and written code to the MercuryAPI to build RFID finished readers more easily.

In addition, the Micro and Micro-LTE modules can now be configured to start reading and outputting tag data on power-up or on change-of-state of a general purpose input (GPI) line. The new saved settings options can be configured using the MercuryAPI or the new Autonomous Configuration Tool.

The Micro and Micro-LTE modules with autonomous operation are suitable for prospects who have an existing platform unable to accommodate the use of the MercuryAPI, but who want to implement an RFID solution, according to Trimble. Additionally, this mode of operation results in decreased power consumption, the company notes, because the "read on power up" mode allows the reader to consume power only when it is activated. There is no power consumption if the device is deactivated, Trimble adds, making it a good solution for a battery-operated device, such as a handheld reader.

The Micro and Micro-LTE module firmware update is available now.


Next article：What can RFID technology do to fight coronavirus and what can we do?
Feedback on Web · XML Site Map ·   Site Map
基本 文件 流程 错误 SQL 调试
0.1382s